Malta urged to set up joint investigation into corruption.

Malta should set up joint investigation teams with other jurisdictions to investigate high-level political corruption with cross-border implications, according to Council of Europe rapporteur and Dutch MP Pieter Omtzigt. He called on the Maltese authorities to ensure effective investigations into the numerous long-standing allegations which had been highlighted in a resolution almost a year ago.

In a statement, the rapporteur on the assassination of Daphne Caruana Galizia and the rule of law in Malta said a year had almost passed since the Parliamentary Assembly highlighted six cases of alleged high-level political corruption.

These are: the Panama Papers, the Electrogas power station deal, the Egrant affair, the Hillman affair, the ‘golden passports’ affair and the Vitals Global Healthcare affairs.

It had called on Malta “to end the prevailing climate of impunity by robustly investigating and prosecuting those suspected of being involved in or benefiting from the scandals”.

He noted how more than four years had passed since the Maltese Financial Intelligence Analysis Unit submitted a report on the Panama Papers to the police. Three years had passed since former MP Simon Busuttil applied for magisterial inquiries, relying on leaked FIAU reports into the alleged link between former Allied Newspapers managing director Adrian Hillman and the golden passport scheme.

“None of the inquiring magistrates have produced any concrete results in any of the ongoing cases. Only the Egrant inquiry was concluded, within 15 months; but almost two years later, the Attorney General has still taken no action on the magistrate’s recommendations,” Omtzigt said.

“Many people, myself included, were initially prepared to give Prime Minister [Robert] Abela the benefit of the doubt. But the persistent failure to investigate credible allegations of high-level corruption or to reform the institutions concerned has gone on for too long. It has become clear that the Maltese authorities remain inherently incapable of resolving these cases, due to institutional shortcomings and an apparent lack of political will. Since many of these cases have a cross-border dimension, I therefore call upon the Maltese authorities to establish Joint Investigative Teams with the competent authorities of relevant States,” he continued. 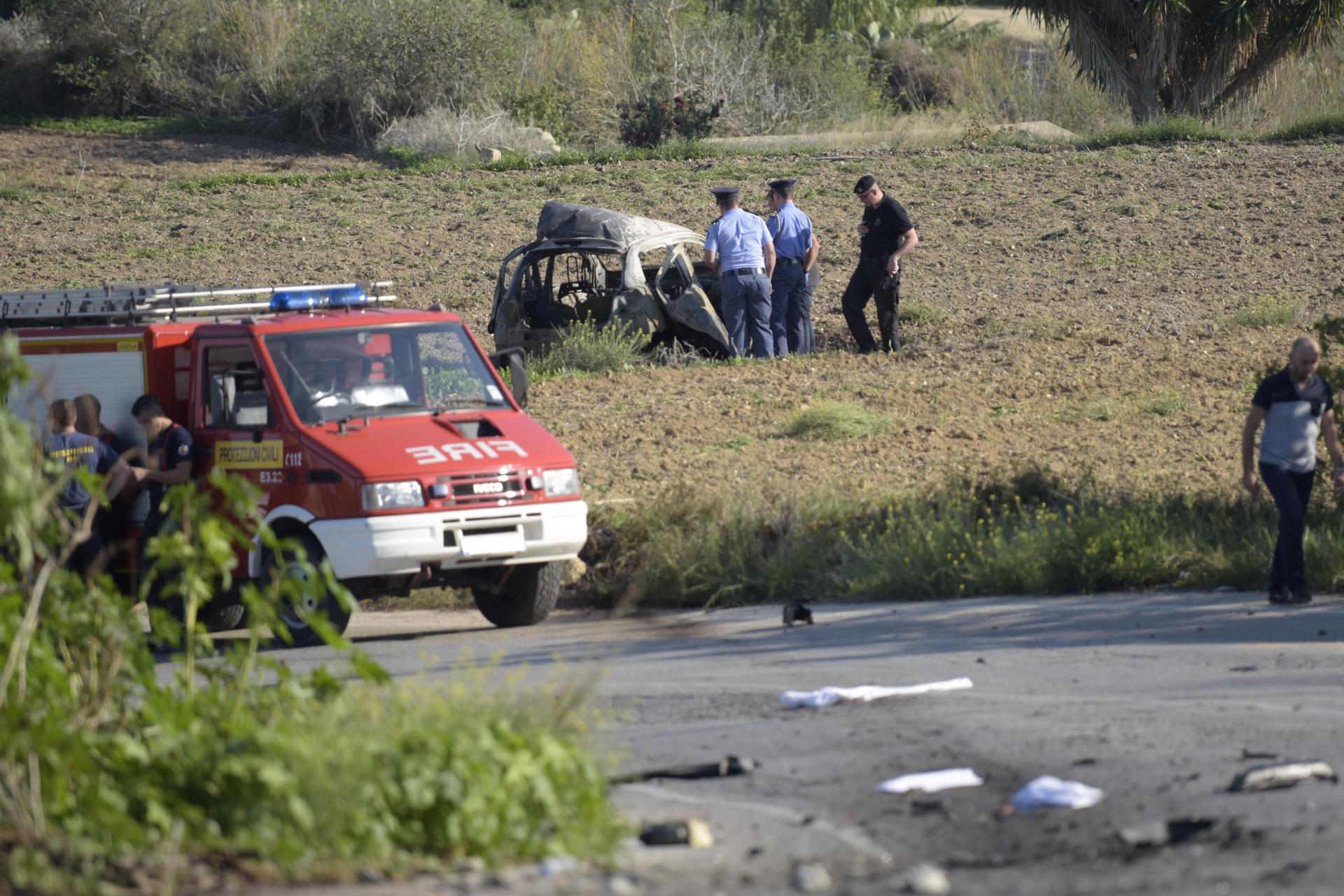 Daphne Caruana Galizia was killed by a car bomb outside her home in October 2017. Photo: Mark Zammit Cordina

Reacting to the call, Caruana Galizia’s son Matthew said that according to the family, the authorities were ignoring evidence and that there was “a plot to cover up the corruption that led to the murder”.

“We don’t know what investigators are thinking and doing most of the time, but we do know that Keith Schembri and Konrad Mizzi are not being prosecuted, that Nexia BT still operate as accountants, that we’re forced to overpay Electrogas – even though the activities of these individuals and companies are inextricably linked, through their kickback scheme with Yorgen Fenech, to my mother’s assassination,” he said.

“How is Malta supposed to pursue an investigation across all these jurisdictions? Magistrates and police are not even sharing evidence internally, with each other, let alone with other jurisdictions. There are about eight magistrates responsible for investigations into the same corruption case. Each day their caseload increases, while the police are unable to do basic investigative work.”

“The Prime Minister and Attorney General are asking my family to ignore all of this evidence and to put our faith in a system which they insist exists and is working, but which from the evidence, we can see barely exists and does not function at even the most basic level.

“Whose interests is this slow, fragmented and ineffective investigation serving? If it continues, it will be fatal for Malta’s justice system, and ultimately its democracy,” he said.

Nationalist Party spokesman on Justice, Jason Azzopardi, in a statement said that Robert Abela’s government was continuing to cover up for the corrupt, to the detriment of workers. Azzopardi said Abela did not want to fight corruption and was failing to investigate serious cases of corruption involving people close to his government.

“It is evident that Robert Abela has no political will to fight corruption,” Azzopardi said as he urged the government to set up joint investigative teams to investigate such cases, in the country’s best interest and its reputation.

“He felt the need to drag me into the political quagmire for reasons which are his own. It is ironic that in his statement he repeats the position of those who have no respect for the rule of law while professing to be the very defender of said concept. He must be aware that he is referring to a situation which is not even in the political domain trying to make himself out to be judge jury and executioner of a public lynching,” Hillman said.  He said that despite knowing there was a magisterial inquiry under way, his actions “attempt to influence this very inquiry in the direction of his own personal agenda”.

“He should let the authorities in this country conduct their affairs without undue pressure and provocation. I am no different from any other of the hundreds of thousands of EU citizens that have gone about their affairs in a correct and appropriate manner. I am open to scrutiny, as we all are, but in his statement, Pieter Omtzigt is attempting to destroy and harm a non-political individual for his own ends. This is so totally unjustified it beggars belief which leads to the question: “What is Pieter Omtzigt’s agenda?