A Sunday Times article on Baroness One may be of some interest to people in the tone of its writing towards what many of us here in Gibraltar see as normal considering our attitude towards the cryptocurrency market and its associated products. I have reproduced some of the article below for reasons of balance and discussion.

Baroness Mone, who was made a business tsar by the former prime minister David Cameron, aims to boost her fortune by launching a digital currency dubbed the “British bitcoin”. As you might expect, Mone does not lack ambition for her currency launch later this month — she is appealing for “people power” to invest in “the next potential Snapchat or Facebook”. But The Sunday Times has found alarming hazards in the small print: investors could lose everything and the scheme is not regulated by the Financial Conduct Authority (FCA).The scheme is not even being sold to US investors because of the risk that it would breach 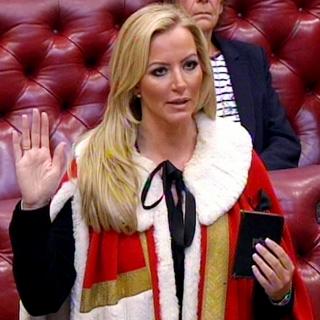 American regulations. China has also banned any new launches of virtual currencies. For British investors, however, there is no such protection, putting the Tory peer at the centre of a mounting row over her new business amid fears that private investors may lose their savings. The FCA is being urged to step in. In terms of legislation the US has already set in place legislation different to the UK & the EU this only means they are looking at the American model and clearly other countries like Gibraltar do the same. Baroness Mone needs only to satisfy the UK not the US.

“You would be better going off to the bookies than investing in this scheme,” said John Mann, the Labour MP for Bassetlaw and a member of the Commons’ Treasury select committee. On Friday the Bank of England governor, Mark Carney, called for stricter regulation of digital currencies, warning they were “reliant in part on finding the greater fool” and “exhibited the classic hallmarks of a bubble”. Some people have opinions that are out of what has become reality for many fintech observers and entrepreneurs. Like any investment scheme there are good and bad apples and the blockchain/crypto community are slowly weeding them out with warnings to those that listen. Read everything suppose nothing.

Mone, has co-founded Equi Capital, a currency and venture capital investment platform, with her boyfriend Doug Barrowman, a fellow Glaswegian who runs a group of investment and tax advice companies. Under the scheme, consumers can buy the digital coins for 36p each; these can then — in theory — be sold on digital currency exchanges and the proceeds invested in Equi’s venture capital projects. There will be an initial supply of 250m tokens. The Equi coin will be launched to the general public on March 15, but started its pre-sale last Thursday for which a minimum investment of $100,000 (£72,400) is required. One of the biggest risks is that the coins turn out to be worthless and cannot be traded on other exchanges, which could lead to the collapse of the entire venture. Mone and Barrowman insist their currency will be a success because its value will have a direct link to the venture capital investments. Under the most optimistic projection presented by Mone’s fund Equi Capital, a successful sale of the currency would raise $80m. Most of that money — $65m — would be treated as a “surplus” cash mountain. Every investment is a risk whether in commodities or fiat currencies. In terms of value Mone would have had to outline in the Equi “whitepaper” her “soft cap” and “hard cap” which is her upper and lower expectation for investment.

Equi says any surplus cash will be used to boost the value of the currency and for venture capital investments, which try to spot small businesses before they grow into the giants of the future. Investors who stumped up their money will have no rights over that cash or any investments made with it. It is basically up to them what they do with the money the client is investing in the coin.

The FCA said it could not comment on whether specific funds complied with its rules, but has warned consumers about the risks of investing in cryptocurrencies, which it says are unregulated, high-risk and speculative investments.

Any investment is risky especially if you do not do your homework which is why Acquarius Trust Group and our partner law firm Cruzlaw LLP are here to give you fintech advice just contact us through the websites or click here.