The Rock tokens are now able to be bought by those registered via the gbx.gi website.

The Gibraltar Blockchain Exchange announced it would issue $6m worth of digital ‘Rock Tokens’ issued via the cryptocurrency Ethereum’s ‘blockchain’ technology. The week-long sale will see GBX issue 60m RKT worth $6m between today and the 14th February. The company announced it had a “highly successful” pre-sale period that concluded in December 2017 and was oversubscribed with 210m RKT sold, amounting to $21m.

Proceeds from the GBX Token Sale Event have been earmarked primarily to further develop the company’s trading platform and facilitate the further expansion of the full GBX fintech ecosystem. Their aim is to be one of the world’s first licensed and regulated token sale platform and digital asset exchanges operated by a EU regulated stock exchange. The company also aims to develop the capacity to be able to support projects at any stage of their development covering all of their business service needs.

GBX have made it tough for participants in terms of registering but it is probably necessary although a tad confusing if you’re a newbie to cryptocurrency.

It is also probably welcome if the recent peaks and troughs of bitcoin are to be managed robustly. Using the ethereal tech is probably a good place to start too.

The company added it will benefit from Gibraltar’s Distributed Ledger Technology Regulatory Framework which came into effect earlier this year.

Recently the CEO Nick Cowan said “The sale of RKT in tandem with a widespread user-base will help the GBX achieve its intention of becoming a world-leading, institutional-grade token sale platform and cryptocurrency exchange. The GBX is working to lay the foundation for the global expansion of a regulated cryptocurrency market with all proceeds raised in our token sale event helping further this vision and make it a reality.”

If you are not already on board be quick there is a finite number of coins and although the sale is open for 7 days I expect the desire to be heavy. 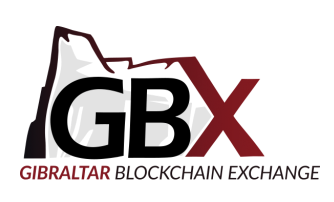