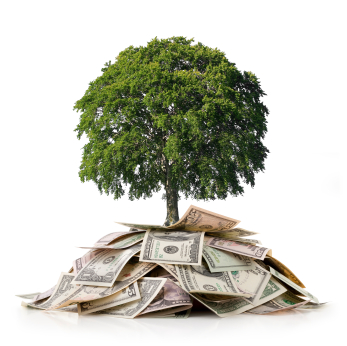 For many years Gibraltar regulated Trustees have have acted as councillors to foundations in other territories such as Panama, Liechtenstein, Belize and Cyprus. However, we have not had the ability to create or register foundations in Gibraltar itself.

It comes as a welcome development that the Private Foundations Act 2017 came in to operation in Gibraltar on 11th April 2017. We now have a comprehensive Act providing the legal framework for the creation, registration, operation and winding up of foundations as well as the regulation of their management and a mechanism for the registration of overseas foundations.

What is the purpose of a foundation?
Foundations are often used in civil law jurisdictions, where the concept of trusts may not be generally understood. It will appeal to clients who:

So long as no beneficiaries of the foundation are ordinarily resident in Gibraltar, the foundation will not be taxable other than on income that accrues and derives from within Gibraltar. Most saving-type income is not taxable in any case. Further, Non Residents of Gibraltar are not taxed in Gibraltar on their income as a beneficiary. More detail on taxation is covered overleaf.

As in other jurisdictions, the details of the foundation must be filed at Companies House in Gibraltar, whom maintain a Register of Foundations.
Details to be filed include:

Ongoing administration of a Gibraltar Foundation
When the Founder endows the initial property, they may reserve certain powers for themselves, for example, to appoint or remove the Guardian or Councillors, or to amend the terms of the Constitutional Documents of the foundation.
The Foundation Council must include a Gibraltar resident company holding a licence to carry out services as a professional trustee in Gibraltar (such as Acquarius Trust Company Limited). Acquarius could therefore act as the sole Councillor to the Council, however the Council can be made up of any number of Councillors and may include either the Founder or any one of the Beneficiaries. The Council is responsible for managing the foundation and is given all powers of absolute beneficial owner. The Council is also responsible for making distributions to the Beneficiaries. Both management and distribution must at all times be in accordance with the Constitutional Documents.

Taxation of foundations and beneficiaries

A brief overview of Gibraltar taxation of foundations and beneficiaries is as follows:

A foundation that is not resident in Gibraltar will only be taxable on chargeable income that is accrued in or derived from Gibraltar (most saving-type income is in any case not taxable).

Non-residents of Gibraltar are not taxed in Gibraltar on their income as a beneficiary of a foundation. N

A foundation resident in Gibraltar will generally be taxable on a worldwide basis (though in any case, most savings-type income and rental income from overseas property is not taxable in Gibraltar).

The applicable tax rate for foundations is currently 10% – in line with the rate for Gibraltar resident trusts and for companies.

Beneficiaries who are ordinarily resident in Gibraltar are taxable on:

Foundations must keep proper books of account which must be retained for a period of 5 years.

For each financial year financial accounts must be prepared in accordance with International Financial Reporting Standards (IAS), and a copy of these filed with the Registrar of Foundations and must contain a report by the Councillors with respect to the state of the affairs of the foundation.

The first financial year may be for up to 18 months from the date of registration of the foundation. Thereafter, each financial year shall be for a period of 12 months.

The Foundation Rules may provide for the appointment of a Gibraltar registered statutory auditor.